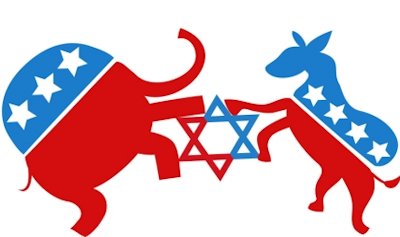 Listen, I’m not a politician. Not by any stretch of the imagination. I am not even a registered party member anymore…changed my registration to “no party” in order to avoid the snooping that the federal government was trying to do, when it demanded that states turn over voter records.

I’m just a Rabbi. A Jewish educator. I vote Jewish. That is to say, I care about a wide range of issues and I look at them with a mindset that says: My Jewish values don’t dictate my vote, but they definitely inform it. Specifically, my Jewish lens includes:

So, when it comes to state-wide or national positions that are going to be on the ballot, I’ll be sending off my questionnaire to candidates and publishing those who answer these simple questions:

How about you. What are YOUR questions for those who want your support as they pursue leadership roles?

I recently participated in a really great learning experience. A group of truly wonderful people gathered to learn from one another and from some of the greats, who are doing wonderful things in the Jewish community. The only real problem was the food. Some of the time, the food was great quality and served poorly, with lines stretching out well out of the dining room and into the hall. Some of the time, the food was terrible, such as beginning the day with cold hard omelettes that were left unharmed on a buffet area. Some of the time, the wait staff just cleared the food too quickly, not realizing that attendees were in sessions and might arrive a little late.

At the end of the event, the dining room was half empty, as many participants decided to go out for the meal, understandably. I sat next to a gentleman who I did not know and we got acquainted. And he spoke with me about his work which, among other things, supports “traditional marriage”. Realizing that I was going to strongly disagree with him, I was all primed to not like the guy and even to not respect him. As we were leaving the dinner table, he turned to the African-American waitress for our table, addressed her by the name that was on her name tag, and proceeded to thank her for serving us dinner.

And there you have it. Hakarat Hatov, the incredibly Jewish value of recognizing when another human being has done something good for you. And kavod, honoring the image of God, wherever you find it. And I apologize to you, my new friend. Because even though your opinions and mine do not align, you have taught me an object lesson in kavod haberiot, respect for God’s creatures. And you reminded me that, even though our opinions might be different, I should never believe for a moment that I don’t have something to learn from you. Because now that I have learned from you, you are my teacher and therefore are always to be treated with respect.

Which bring us to the Israeli elections and American politics. Very few of my fellow Jewy Jews are neutrals when it comes to the recent Israeli elections or to President Obama. I have my opinions, too. But here’s the thing: At the end of a conference with poor food, a colleague showed me how to treat another human being with respect, despite her connection to the food. Same here: Whether you like President Obama or not, he is the president of the United States. And he is deserving of the kavod, the honor, that a president of the United States gets. That’s why the rabbis in ancient times wrote a berecha, a blessing to be recited when seeing a great secular ruler, regardless of whether we like his politics. And most every synagogue in the United States recites a prayer for the government that specifically asks God’s blessings for the president, whoever it may be. That kavod must carry into the very public arena of the Jewish press and of social media. Treating the president of the United States with anything less than honor, even when disagreeing, is nothing less than a chillul Hashem, a desecration of God’s name.

At the same time, the Israeli public has voted and will retain Prime Minister Netanyahu. Some love his views, some hate them. But he is the leader of the Jewish (albeit secular) state of Israel, and that earns him kavod. To denigrate him, or those who ran against him, is also shameful and a chillul Hashem.

Let’s hate bad food. And let’s disagree over our politics. But let’s never let it get in the way of treating people with the honor due them for their role in life, the leadership they exhibit and their creation as humans in the image of God.

The Truth About Israel as a Jewish State 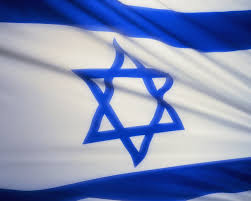 A lot is being written and said about the recent passage of a Knesset motion that, among other things, will reaffirm that Israel is a Jewish and a democratic state.

For the uninitiated, Israel is a complex nation. It is founded on Jewish values and principles as well as on democratic values and principles. By definition, that results in some contradictions. What does Israel’s Declaration of Establishment mean when, in 1948, it declared itself clearly to be a “Jewish state”? Israel has wrestled with that concept and will continue to. Unlike America, there is no wall of separation between the secular state and religion. Religious authorities – and not just Jewish ones – have some governmental authority and support. Freedom of religion is clear in Israel, yet some rabbis and Jewish religious movements are not given the same authority and support that other religious groups have.

In short, it is a wonderful, messy, Jewish state that also has citizens of many other religious and cultural backgrounds. What Knesset attempted to do was to reaffirm the Jewish character of the state and to take another step towards articulating what that means.

For those of you who have read the headlines, but not the fine print, Knesset approved some principles that now need to be further clarified for a future statement of law. These are the principles (my appreciation to the folks at the Israel Consulate in Miami for passing them along) that Prime Minister Netanyahu drafted:

The Land of Israel is the historic homeland of the Jewish People and the place of the establishment of the State of Israel.

The right to realize national self-determination in the State of Israel is unique to the Jewish People.

The State of Israel is democratic, based on the foundations of freedom, justice and peace in light of the visions of the prophets of Israel, and upholds the individual rights of all its citizens according to law.

Symbols of the State

The national anthem is Hatikvah.

The national flag is white with two sky-blue stripes close to the margins and a sky-blue Star of David in the center.

The national emblem is a seven-branched menorah with two olive branches at its sides and the word ‘Israel’ below.

All Jews are eligible to immigrate to the country and receive citizenship of the state according to law.

The State will act to gather the exiles of the Jewish People and strengthen links between Israel and Jewish communities in the Diaspora.

Assistance to Jews in Distress

The State will act to assist Jews in distress and in captivity due to their being Jews.

The State will act to preserve the historical and cultural heritage and tradition of the Jewish People and to enshrine and cultivate it in the country and in the Diaspora.

All educational institutions that serve the Jewish public in the country will teach the history, heritage and tradition of the Jewish People.

The State will act to enable all residents of Israel, regardless of religion, race or nationality, to preserve their culture, heritage, language and identity.

The Hebrew calendar is the official calendar of the State.

Independence Day is the national holiday of the State.

The regular public holidays of the State of Israel are the Sabbath and the Jewish holidays on which no worker shall be employed except under conditions to be defined by law; members of recognized faiths shall be entitled to rest on their Sabbaths and holidays.

If a court shall consider a legal question that requires a decision and not find an answer in legislation, precedent or clear inference, it shall render a decision in light of the principles of freedom, justice, fairness and peace of the heritage of Israel.

The Holy Places shall be guarded against desecration, any other damage and against anything that is liable to infringe on freedom of access by worshippers to the places that are holy to them or on their feelings toward those places.

There shall be no infringement of rights according to the basic laws except by law that befits the values of the State of Israel, that is designed for a worthy purpose and which does not exceed that which is required.

Israel faces an existential dilemma. Jews with any resources whatsoever, are not facing limitations on where they may live. While anti-Semitism has reared its head in recent years around the world, Jews feel safe in most lands in which they are concentrated. And there are easier places to live than Israel. So why have an Israel for the Jewish people? And why would Jewish people choose to live in Israel? I would argue that it is to provide a living experiment for Jewish values and even for Torah and Mitzvot: To demonstrate whether it is possible in today’s “real world” to live in accordance with at least some, if not all, Torah principles. And also to articulate where it might not be possible and to determine where and how adjustments are to be made.

In the final analysis, the ability to use an approach of what Gidi Grinstein refers to as “flexigidity”, balancing tradition and continuity with change and innovation, is going to be what moves Israel forward.