Invitation to Talmud or, How Lenny Dykstra Inspired me to study Daf Yomi 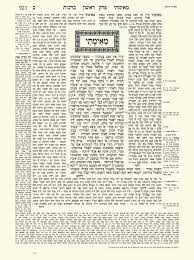 True story:  The day after the siyum – celebration of the end of a unit of study – for those who had studied the daf yomi – two sides of a Talmud page daily, Lenny Dykstra (THE Lenny Dykstra) tagged me in a Twitter post, in which he congratulated those who had completed the 7 1/2 year cycle and challenged those who would be starting the new cycle. I’m a veteran of significant Talmud study but definitely not disciplined enough to have done the daily study. But, when Lenny Dykstra gives you musar, well, why would I ignore it?  So in I jumped.

I was pleased to see that there are great online as well as face-to-face communities banding together, through which people on this journey are supporting one another. There are podcasts, online guides and even specialized women’s resources to daf yomi that Rabbi Meir Shapira, who dreamt up the idea at his yeshiva in Lublin, Poland couldn’t have imagined.  Personally, I’m enjoying the astonishment of the Talmud newbies as they discover the rather chaotic and stream of consciousness nature of the Talmud.

Now, while I’m not a newbie to Talmud study, I’m by no means a scholar. Nonetheless, for those who are less experienced, I am pleased to offer some reflections that I hope will be of value:

We’re in this thing together, my fellow travellers. Hope you see you along the journey and at the finish line.

B’hatzlacha, wishing you all success in your learning.

P.S.:  Since being daf yomi-shamed, Lenny Dykstra’s twitter feed totally stopped its Jewish content. In all likelihood he happened to have a very Jewy social media director who was including all sorts of Jewish references to his feed. Probably no longer doing it for him. But I’m still doing daf yomi.