Gaining Volunteers or Alienating Them?

As I write the first draft of this post, it is the Sunday after Hurricane Sandy devastated much of the metro New York – New Jersey area, and particularly hitting some coastal areas within 5-10 miles of our home. I am working hard to keep my personal frustration out of this piece, but can’t really help it. I had the day free and wanted to make a difference. Seeing dozens of postings on social media about how volunteers were needed all over the metro area, it should have been easy to find a way to help. It turned out to be anything but easy.

On Saturday, I realized that Sunday was an open day. Feeling blessed at having not sustained serious damage or loss, and having had my power restored within two days of losing it, it was time to express gratitude for my good fortune by helping others. Early Saturday evening, I found a number of friends who were posting volunteer opportunities all over Facebook and Twitter. Given the gas shortage and the fact that the hurricane did serious damage quite close to home, I decided not to travel to Brooklyn or Manhattan, but to try to make a difference on Long Island. I immediately posted that I was seeking volunteer opportunities on Long Island and soon began to get responses.

Lead # 1: A relatively new, well respected and innovative national organization posted that people were needed in Long Beach, one of the hardest hit areas. My response to the post was immediate, “Pick me, pick me”. When that didn’t get a response, I posted again and send a direct message to the organization’s Facebook page. This time a response was received: Contact Chaya [not real name]. I contacted Chaya. After a while, the response from Chaya was: Contact Rabbi Mazeltov [also not real name]. I reached out to him, via the Facebook account that Chaya had directed me towards. I heard back from him abourt 4 days later, telling me to get in touch with yet another person.

Lead #2: Island Harvest needs volunteers. My email to them got a relatively quick response, stating that they had all the volunteers they needed for Sunday, and directing me to how to sign up to volunteer at other times. A quick and smart response. However, the fact remained that I had Sunday free, there were hundreds of thousands of people without power or heat, and I wanted to do something.

Lead #4: An organization that generally recruits volunteers of college age and 20-somethings is going to mobilize to respond. Great! But when I went to its website, it wanted a completed application form along with two or three personal references. Sorry, I don’t have time to get them.

Lead #5: I found another organization (I believe an ad hoc one) that was going to organize a caravan to head out to the Rockaways. It was suggested that I meet up with its volunteers in the Rockways. Finally, I thought. Off I headed through streets and boulevards, many strewn with debris, and many partially blocked. I joined the masses of emergency vehicles and utility trucks crowding into the Rockaway area of NYC. And I parked. And waited. And waited. I was told there was a “delay”. I waited more. And more. After over an hour and a quarter of standing amidst emergency workers and a devastated neighborhood, expecting to be able to do some mitzva work, I gave up and went home.

I can’t really blame the Blood Bank or Island Harvest situations. They both didn’t work out, but for reasons that totally made sense. The others however, reinforced a growing belief that many nonprofit organizations as well as grassroots groups, are woefully unprepared to deal with volunteers.

These experiences from the aftermath of Hurricane Sandy were on the back of a few experiences that I had when I tried to volunteer at a number of organizations in recent months:

For 30+ years, I’ve worked to help agencies to use volunteers and volunteer leadership effectively. Now, being on the other side of the desk, the shortcomings of many (if not most) nonprofits in managing volunteers comes through more clearly than ever. A few suggestions for my friends in nonprofit agencies:

Here’s some good news: Along the way, I signed up to be a volunteer with a great organization called DOROT. They have a great track record and a super professional who leads the agency’s work with volunteers. I’ve seen nothing but solid communication and clear expectations from them. If you want to learn how to work with volunteers, give them a call. 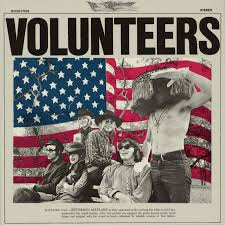