My colleague, Beth Finger, is working tirelessly on a project called Jewish Without Walls. Be sure to check it out on Facebook.

During our conversation this morning, we both challenged the relevance of  “Jewish affiliation”, which has been used in every Jewish demographic study as a measure of community success in modern America. The problem is, and has always been, that the operational definition of “affiliation” is often “pays dues to a synagogue”. Even those who expand the definition someone, rarely get beyond handing money to an organization (JCC, Federation, Hillel) as the operational definition.

The problem with the definitions: 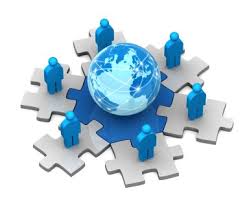 I’d like to suggest a more important measure of success than “affiliation”. It’s about Jewish Connectedness. This idea (with gratitude to Beth for helping to shape this over breakfast) takes note of all sorts of ways of relating meaningfully to one’s Jewishness and, if desired, one’s Judaism:
Someone with far more of a mathematical intelligence than me will figure out how to measure Jewish Connectedness. For now, I simply propose that we begin using Jewish Connectedness as an operational definition of success and as THE goal of our work in building Jewish communities and in the work of Jewish education at all ages.
Looking forward to comments…