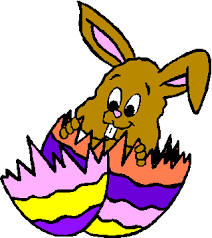 Here’s the thing: At one time, West Hempstead was largely populated by immigrants or children of immigrants from Italy and Germany. In recent years however, the Jewish, and particularly Orthodox Jewish, population has boomed. These days, the Easter Bunny and Santa are playing to an increasingly observant Jewish population.

As I awoke from my Shabbat nap to the sound of the fire trucks and the view of the Easter Bunny on one of the trucks, this thought came to mind: What a great wake-up call to the Jewish population in our area. See, the thing is, the vast majority of the Jewish kids in my shtetl go to Jewish day schools, in which all the students, and most faculty are Jewish. Were you to ask a West Hempstead kid what percentage of American Jews are Orthodox, they would likely vastly overestimate the number. Same thing if you asked them the percentage of Americans who are Jewish. So, the Easter Bunny and Santa Claus are good wake-up calls for my fellow Jewish parents here in town.

In the schools which my kids attended in the past, it was not rare to hear Christians referred to by the pejorative term “goyim” or to hear Jesus referred to by the insulting nickname “yushke” by some teachers. I get where that came from: centuries of pogroms, expulsions and persecutions resulted in our people’s pushing back. And some of our people felt justified in insulting others, figuring that insults weren’t even close to the level of abuse that we had taken over the years.

But, we live in a different world today, a world in which my oldest son’s sukkah is filled with people of various nationalities and faiths. A world in which “holiday” parties, at which all are invited to share the richness of their heritages, have replaced the Christmas parties of the workplace of the past.

Our kids need to know that the Easter Bunny isn’t Easter and Santa Claus isn’t Christmas. And the two together don’t constitute Christianity. I’m fortunate that my daughter now attends a day school that has an anti-bias club, which is is proudly a member of. But the sirens today woke me up to a need for more. Our Jewish day schools, particularly those that serve the relatively sequestered Orthodox communities, need to teach more about our neighbors. It is important that, long before college or the working world, our children understand, respect and value the richness not only of their own heritage, but that of the many cultures and beliefs that make up the society in which they live.

So, chag sameach to my Hebrews, and a Happy Easter to my Christians.